Posted at 15:22h in Past Meetings by admin
0 Likes
Share 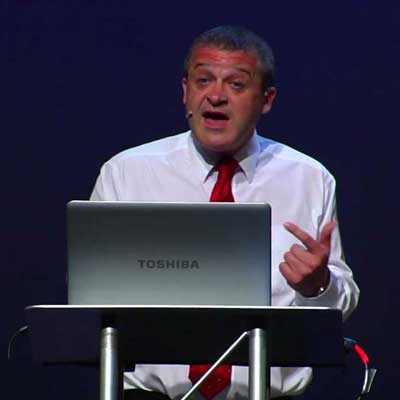 A two-part presentation on:

‘Creation or Chance? A presentation of the evidence from both science and the Bible.’

Dominic Statham B.Sc., D.I.S., M.I.E.T., C.Eng, is a Chartered Engineer and graduate of Loughborough University in the UK. He has extensive experience of both manufacturing and product development and holds a number of patents. As an employee of Rolls Royce, he worked on projects for the Panavia Tornado and Eurofighter Typhoon and, as an employee of GKN, engineering drivelines for Jaguar and Land Rover vehicles. He is a speaker and writer for CMI-UK/Europe.

Dominic became a Christian as a student in the early eighties. Over the following years, he became convinced of the need to hold firmly to the Bible as the basis for Christian belief and practice. Intrigued by the endless media assertions that “evolution is a fact” and that “the Bible is wrong”, he decided to investigate the scientific issues for himself. He was astonished by the weakness of the arguments presented by evolutionists, and is now keen to help others realise that there is no conflict between science and Christianity, and that the Bible can be trusted from the very first verse.

Further Reading From The Speaker

The age of the earth and why it matters

From time to time, we meet people who reject evolution and would call themselves ‘creationists’, but who, nevertheless, accept that the earth and its rocks are millions of years old. In some cases, they feel that identifying as ‘young earth creationists’ would cause them to appear foolish and that this would undermine the credibility of their Christian witness. In responding to this, I believe that it is a mistake to begin with science. Instead, I find a better approach is to talk about God, His nature and glory, His original, perfect creation and how this changed due to our sin. This helps people to see why an ancient earth cannot be reconciled with the Bible’s teaching.

Back to the beginning

To many professing Christians, the view that the first few chapters of Genesis record true history is akin to believing a fairy tale. Rather than accept the account of creation and human history affirmed by Christ and His apostles, they choose instead to embrace the teaching of atheists and God-haters. For instance:

“I came to hear about science, not the Bible!”

When I give my talks I welcome feedback as this has enabled me to make many improvements. Recently, however, I had to disagree with a critic. I had given two presentations at a church meeting which had included a fairly mixed audience—those who would have been staunch believers in six day creation, some with leanings towards theistic evolution and others who were from outside the church and would, no doubt, have entertained a variety of views about origins. In both I had presented a biblical view of history, from Creation to Babel, and had shown how the scientific evidence supports rather than undermines the account given in Genesis. This, I was told, was a poor choice of material.