Posted at 19:15h in Newsletters by admin
0 Likes
Share

Thy word is a lamp unto my feet, and a light unto my path.

The perception of time underpins our entire lives, we were each created by God at a specific time and we will all die at a specific time set by God. Throughout our lives time rules every single action or thought; we cannot perceive what it means to exist outside of time, to have no beginning or end.

At our last CMNW meeting, Pastor Garry Rowcroft (speaking on the subject: “God, the beginning, the middle and the end”) reminded us that God has no beginning and no end. Psalm 90:2 says: “Before the mountains were brought forth, or ever You had formed the earth and the world, even from everlasting to everlasting, You are God.” God is, and always is for all eternity. Nothing in His creation, not even man, shares this unique existence outside of time.

We are told in Ephesians 1:4, “Just as He chose us in Him before the foundation of the world, that we should be holy and without blame before Him in love” through love God chose His people even before time and creation. The adjective ‘amazing’ is so frequently used that it has lost much of its meaning in today’s usage. When applied to God, and His Love in choosing a people from lost mankind, the word is barely adequate to express the depth of expression and emotion contained in that pre-creation Covenant of Grace.

A famous scientist and prominent atheist, Carl Sagan, coined the description of the earth as: ‘a pale blue dot,’ it was a derogatory description intended to undermine creation. Sadly, for all his intellect, he failed to see the intricacy and beauty of this planet, the universe and of everything that exists. In Genesis 1:31 we are told about the creation of this ‘pale blue dot:’ “Then God saw everything that he had made, and indeed it was very good.” Outside of time, God created everything we can see, touch and sense (including time).

Even the scientific knowledge to explain why the earth appears blue and why everything fits in place is given to us by God. Sir Isaac Newton is credited as one of the great minds in scientific history who developed the principles of modern physics (including an understanding of gravity) is quoted as saying: “All variety of created objects which represent order and life in the universe could happen only by the wilful reasoning of its original Creator, whom I call the ‘Lord God’.”

In closing, we also need to remember that one day, time will end. The day of the Lord will come when the last of his people have been saved, the present heavens and earth will be changed and time will cease. Someone once eloquently stated: “the scroll of time will be rolled up and placed on the shelf of eternity.” We are reminded in 2 Peter 3:13 of what is yet to come: “According to His promise we are waiting for new heavens and a new earth in which righteousness dwells.”

Our planned meetings for the coming year are: 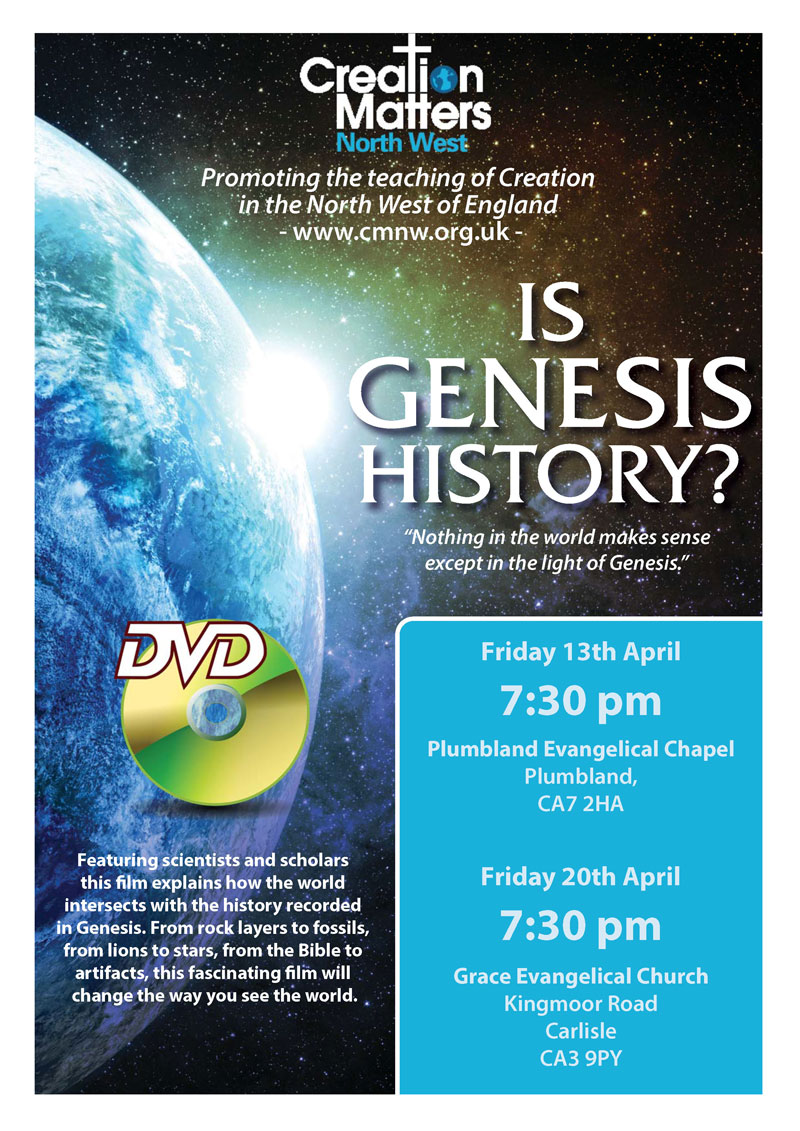